Every single year. When a western states AFL teams goes deep into september finals footy action airlines take the opportunity to price gouge. In one way its supply and demand, higher demand means you can get more for your supply. However whats wrong with increasing supply?

Below is a screenshot for flights if you wanted to fly from Melbourne to Perth to see West Coast Eagles vs Melbourne in the 2018 preliminary final. Notice that they’re not direct flights, most likely due to selling out. 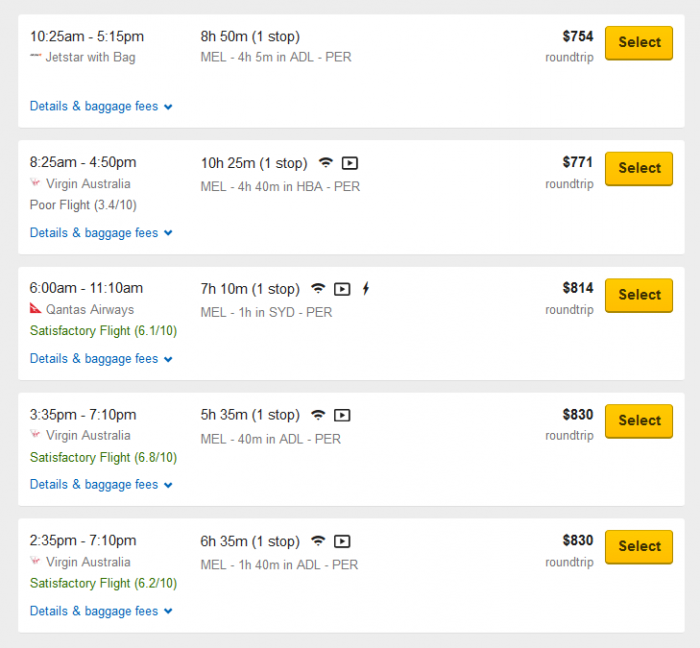 Given that Virgin is an offical sponsor of the AFL they must step up and put on a couple of extra flights right?! From the looks of the available flights this has not occurred and its a shame that Virgin would not be excited to play their part in making the AFL finals series better.

2 weeks later you can see the normal prices for a Melbourne to Perth flight. Capacity exists and the flights are almost half the price.

Being no expert in airport management i would still be of belief a few extra takeoff and landing slots can be arranged plus given there is this issue every year when an interstate team makes AFL finals the airlines should have data and predictions on the demand.

Melbourne had not made finals for 12 years and their fans are hungry for success, undoubtably many would being making the trip over to Perth but cannot due to this flight shortage.

It’s about time Virgin the official sponsor of the AFL and other airliners pull their finger out, stop price gouging and meet the demand.