To find out if more cores is better than more speed is going to depend on the tasks you’re doing, there is no direct answer because they both have advantages. A good comparison for this is the AMD Ryzen 1700 and the Intel i7-7700k:

From my knowledge i know that in single core applications and tasks the i7-7700k will win with the decently faster speed, but how about the multi core tasks like encoding, rendering and compressing?

The sources for these images and data was from Logicalincrements, Techreport and Anandtech

When using tasks and applications that are heavy CPU hogs they should scale across all the CPU cores and threads. This is an issue where games are not utilizing all of the CPU resources even as the chip technology progresses.

Handbrake the media encoding tool is well scalable and will utilize all of your CPU, Here is the Techreport.com benchmark for Handbrake:

You can see that the 3 Ryzen offerings which have more cores/threads beat out Intels i7’s which have the quicker clock speed but lower cores and thread counts. It is can seem quite obvious that more cores is better for media encoding and that is the case but what about other tasks?

The 7-Zip and Win rar tests from AnandTech: 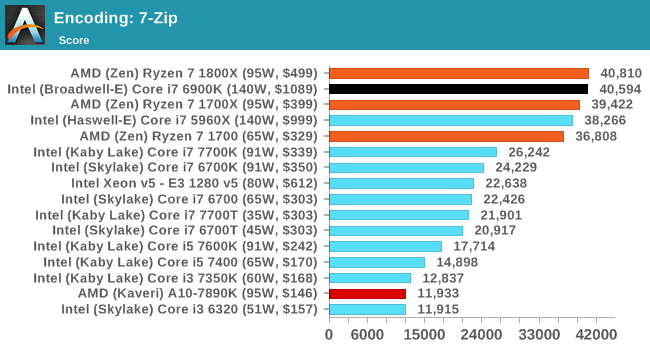 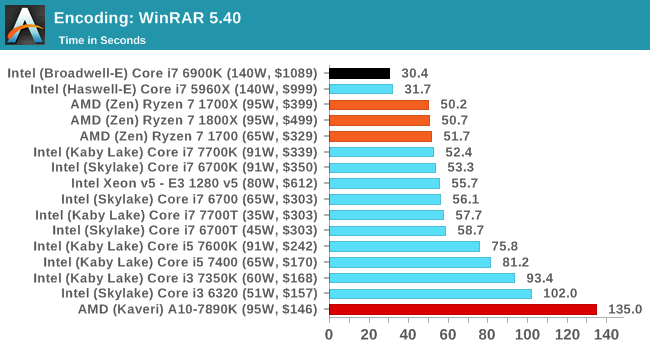 Both conclude to  a certain level that more cores is better for packing files although as in the case of the WinRAR test it’s quite minor. 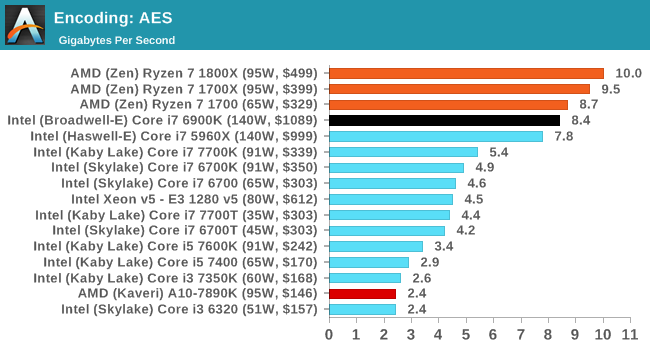 Blender is used for the rendering test: 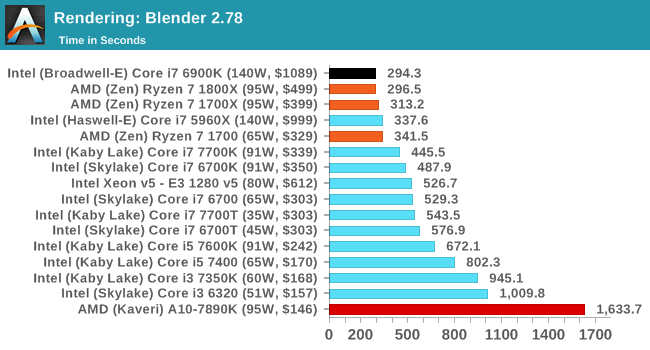 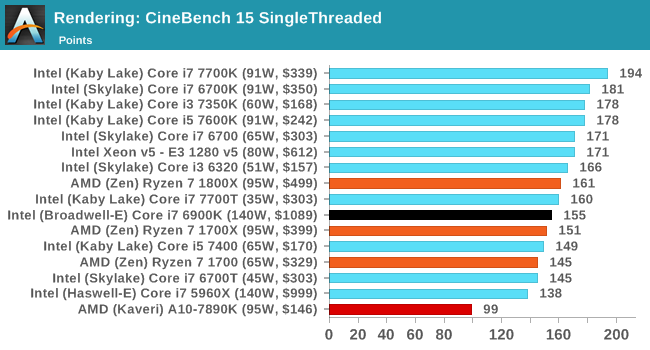 To the heavier lifting from the multi cores/threads: 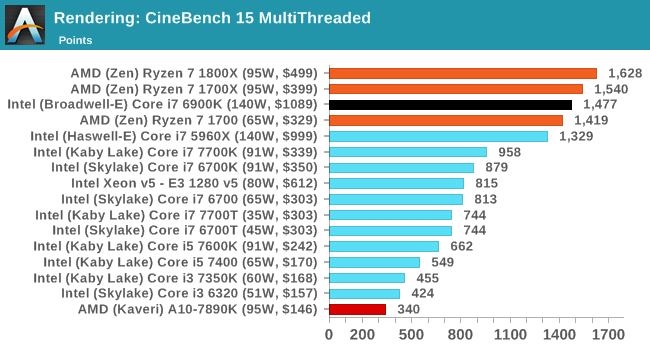 That there should sum it up well. Given the choice between say a 4c/8t CPU @ 4.2+Ghz and a 6c/12t or 8c/16t @ 3Ghz You should take the more cores and threads if doing rendering, encoding or video editing and the less cores/threads but higher speed for gaming. Noting that even still the higher core/threaded CPU isnt that much worse at gaming as per this and this and the graph from Techreport.com: