SkyBus is an Australian and New Zealand airport bus service, Every year SkyBus carries 2 million passengers to or from Melbourne airport. 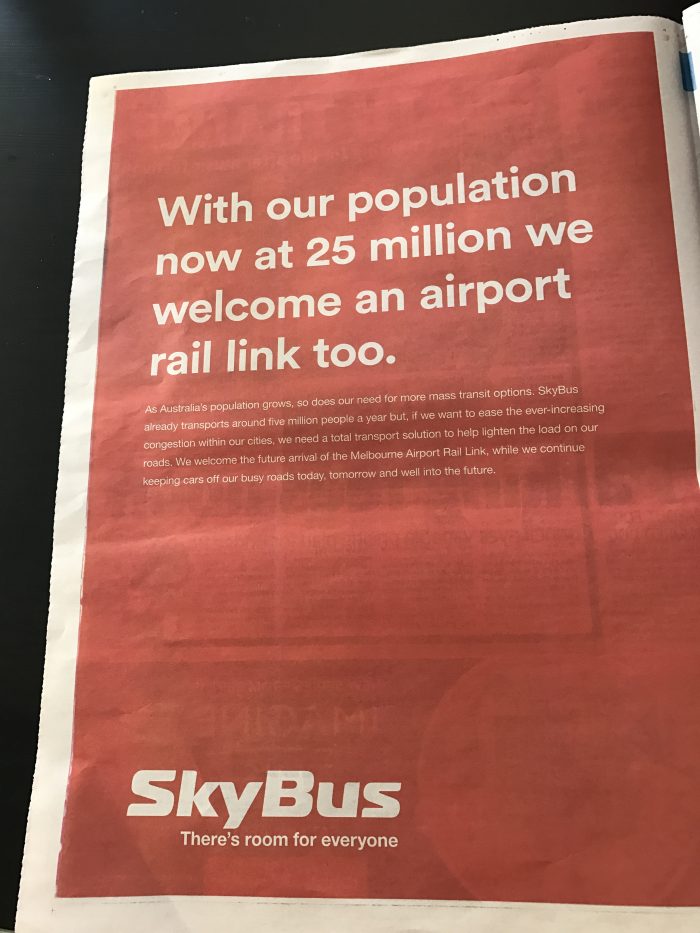 Essentially the Victorian government is (finally) pushing hard for a city to airport rail link. You don’t have to be smart to realize trains going to the airport would cripple the SkyBus business easily.

Passengers would rather catch a faster direct train, than a slow-stop start bus. Strategically why would SkyBus be doing an ad supporting would could be their demise?

What is in it for SkyBus?

For a start this ad is good PR, it sets the SkyBus company as a caring non selfish brand. If the rail link was built the route to the airport would be less congested which would mean the bus trip can be quicker, yet taking the bus still wouldn’t be prefered.

Perhaps it is that SkyBus can have a cheaper fare into the city than catching the train, maybe they think they can have the quicker journey(if the train stops at stations).

I’m just not sure that a rail link to the airport would have that much of an impact on traffic that Skybus can operate more efficiently. The taxi congregation would still be there as they offer a direct option to the travellers destination (house) rather than an area.

The rail idea is a long way from happening if it gets passed through and its impact would be an interesting one, made more so with this SkyBus ad.

SkyBus may well just be happy making small profits and operating super efficient rather than all out chaos in the war on traffic and other bus companies.