Looking back it is incredible to wonder how eight years has gone by so quickly, It is this 8 years that marks the length of time since the iPhone 4S was released in October 2011. Mobile technology has improved somewhat since then but looking at this tiny glass-covered device in 2020 still brings fascination.

It has to be said that the iPhone 4s wasn’t the first real revolutionary smartphone, the iPhone, iPhone 3G, iPhone 3GS and iPhone 4 had all come in the few years prior.

What makes the iPhone 4s special is that it was the last Apple product announced whilst Steve Jobs was alive. The man that built Apple and its styles had his hand in the 4S design you cannot say that to any of the iPhones from the last few generations.

The unique glass-backed design of the iPhone 4 made a return with the 4S and hasn’t been seen since. Was the iPhone 4S truly the last product Apple was actually freely innovative in? 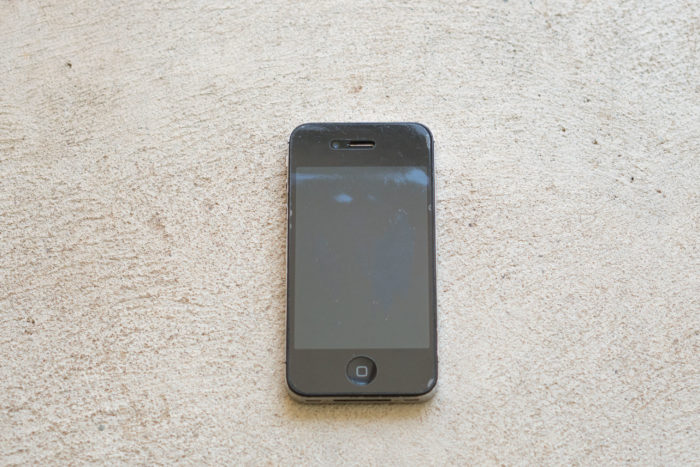 In all honesty, the glass backing made the iPhone 4s heavy and very prone to being shattered or cracked. It was always dirty and would have made the phone thicker, aesthetically it looked great if kept clean and scratch-free.

The silver banding that went around the whole phone made the 4S look boxy but strong. It had physical circled volume buttons that are impractical for cases but easy to find.

This is the real shocker, at launch the iPhone 4S cost just $199 for the 16GB model. 8 years ago an Apple flagship phone cost under $200 at launch! Incredible because now iPhones at launch struggle to stay under $2,000.

Obviously a smartphone from almost a decade ago will get obliterated on paper and in performance compared to modern tech. At the time of release 512MB of ram and a 1.0Ghz processor was adequate.

The early 2010s was a time when apps were basic, there was no big games and smartphones were basically used for calls, SMS and emails.

Here is my iPhone 4S next to the iPhone 7 plus

Whilst the 7 plus had a silicon cover on it still feels sleek and light when the 4S feels like a small glass brick.

iPhone 7 plus was released five years after the 4S which during that time saw big improvements in smartphones with battery life, screens, cameras and processing power.

The last released IOS version for the iPhone 4S was 9.3.6 this was July 22 2019. Many apps now days will be incompatible or too resource-rich to even run on the 4S which can leave it as being a paperweight.

The 4S still has its uses, at $50 and under on eBay it can be a music device, simple calls/sms/email phone, emergency phone, navigation unit or a controller.